Many people ask about interesting books and films on Bosnia. This is just a short selection, if you have any more to add- please let us know, 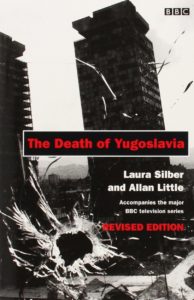 The Death of Yugoslavia is a BBC documentary series first broadcast in 1995, and it is also the title of a BBC book by Allan Little and Laura Silber that accompanies the series.

It covers the collapse of Yugoslavia, the subsequent wars and the signing of the final peace accords. It uses a combination of archived footage interspersed with interviews with most of the main players in the conflict, including Slobodan Milošević, Radovan Karadžić, Franjo Tuđman and Alija Izetbegović, as well as members of the International political community, who were active in the various peace initiatives. 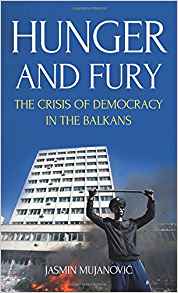 Hunger and Fury Less than two decades after the Yugoslav Wars ended, the edifice of parliamentary government in the Western Balkans is crumbling. This collapse sets into sharp relief the unreformed authoritarian tendencies of the region’s entrenched elites, many of whom have held power since the early 1990s, and the hollowness of the West’s ‘democratisation’ agenda. There is a widely held assumption that institutional collapse will precipitate a new bout of ethnic conflict, but Mujanovic argues instead that the Balkans are on the cusp of a historic socio-political transformation. Drawing on a wide variety of sources, with a unique focus on local activist accounts, he argues that a period of genuine democratic transition is finally dawning, led by grassroots social movements, from Zagreb to Skopje. Rather than pursuing ethnic strife, these new Balkan revolutionaries are confronting the ‘ethnic entrepreneurs’ cemented in power by the West in its efforts to stabilise the region since the mid-1990s. This compellingly argued book harnesses the explanatory power of the striking graffiti scrawled on the walls of the ransacked Bosnian presidency during violent anti-government protests in 2014: ‘if you sow hunger, you will reap fury’.

Available on Amazon and other booksellers 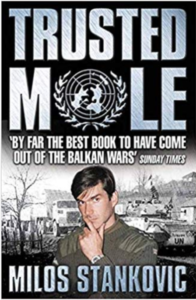 Trusted Mole is the powerful, disturbing and highly-acclaimed account of a British officer in the Parachute Regiment, of part Yugoslav origin, painfully caught up in the savage maelstrom of the Bosnian war.

Milos Stankovic worked as an interpreter and liaison officer for senior British commanders and two British UN generals – Mike Rose and Rupert Smith. Armed with the pseudonym ‘Mike Stanley’ he was propelled from one nerve-racking crisis to another as he helped negotiate ceasefires between rival warlords, secured the release of UN hostages and organised the escape from Sarajevo of stricken families.

Yet his close contacts with the Bosnian Serb leadership of Dr Karadzic and General Mladic bred suspicion and paranoia on all sides – not just in the Bosnian Muslim and Serb ranks (who thought he might be a British spy – General Rose’s ‘trusted mole’) but in the minds of the Americans as well. In a final, horrific twist, the author was arrested by the British authorities on suspicion of being a Serb spy – two and a half years after returning from Bosnia.

Available on Amazon and other booksellers 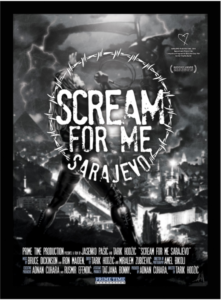 Scream For me Sarajevo Trailer

Scream For Me Sarajevo is the story of the most unlikely of rock concerts, performed by Bruce Dickinson and his band Skunkworks in 1994, in the midst of the Siege of Sarajevo. This is a film about extraordinary people defying the horrors of war, and the musicians who risked their lives to play a show for them. This documentary features footage from the historic gig, recent interviews with Bruce, the band, crew, security and the people of Sarajevo that lived through the war. 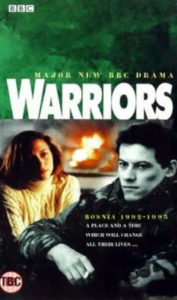 Warriors is a British television drama serial, written by Leigh Jackson, produced by Nigel Stafford-Clark and directed by Peter Kosminsky. It starred Matthew Macfadyen, Damian Lewis and Ioan Gruffudd. It was screened on BBC One on 20 and 21 November 1999.[1] The serial tells the story of a group of British peacekeepers serving in a peacekeeping operation of the UNPROFOR in Vitez, in Bosnia during the Lašva Valley ethnic cleansing in 1993.

The film emphasises the contradictions of the mandate of the peacekeepers, and the psychological trauma that they sustain while being forced to observe atrocities perpetrated against civilians without being able to intervene, and being subject to deliberate provocations against which they are unable to retaliate. The ironic title of the programme is taken from the name of the armoured vehicle used by the British forces.